18 June 2015
The fate of three men may hang in the balance but in the corporate world of yacht charters and holiday business, it seems there has been little hurry to determine exactly what happened to the men who were on board a Sunsail catamaran which went missing on a delivery from Cape Town to Phuket in January.

Anthony Murray (58), Reginald Robertson (59) and Jaryd Payne (20) were employed to deliver the Moorings A5130/Sunsail RC044-978 catamaran which left Cape Town on 14 December 2014. They were in frequent communication with the boat’s owners in Cape Town and with their families until 18 January 2015, after which all communication ceased.
At the time the boat was in the path of the category 4 Cyclone Bansi and the families were soon very concerned about what had happened to the three men.

On 11 February and again on 12 February, the families reported the men missing to the Maritime Co-ordination Centre (MRCC) in Cape Town.
Since then, the families of Murray, Robertson and Payne have been driving the search for their loved ones, through a Facebook group and a Tomnod crowdsourcing satellite search campaign in which more than 35,000 people examined satellite pictures to try to find the boat. The Tomnod campaign, which ran from early March, examined an area of drift established by the Joint Rescue Co-ordination Centre (JRCC) of the Australian Maritime Safety Authority (AMSA) which co-ordinated the official search and rescue for the catamaran from early March.

The sighting of the upturned hull on two occasions by passing ships, the first within days of the official search ceasing, on 21 May 2015, and then again on 5 June 2015, several hundred miles to the south east of Mauritius and Reunion, prompted MRCC to request aid from ships in the area to try to determine again the upturned boat’s position, to take measures to increase the hull’s visibility and, if possible, to recover the hull and determine whether the men were still on board.

A spokesperson for Sunsail said this week that the company had “now engaged a local specialist firm to investigate the area specified by the MRCC taking into consideration prevailing drift patterns”.

When asked for clarification on what type of specialist firm had been hired she replied that it was a “local firm in Mauritius who provide services as a qualified on-water response team (i.e. by boat) with professional divers”.

The identity of this firm has, so far, not been provided to ratty.com.au though the company has twice been asked for this information .

A family spokesperson said they had been told by Sunsail yesterday that the families could have a mutually agreed upon “observer” present on the company’s search vessel. Other details of this search were not available at the time of posting.

Disclosure: Jennifer Moran knew Anthony Murray and his family when they were all young. 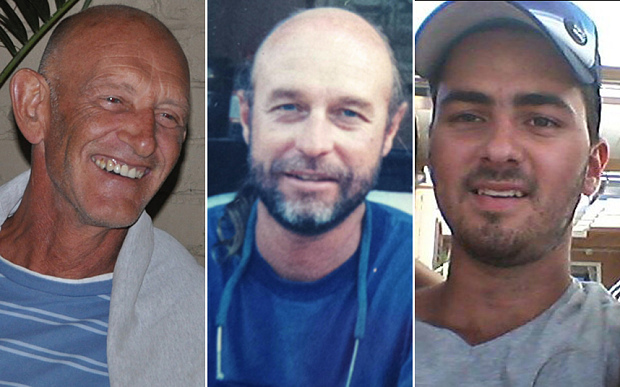