Perception and imagination - the
other life of the Reef

The Reef: A Passionate History

By Iain McCalman, Viking, 398pp, $45. Review by Jennifer Moran
No description or photograph quite prepares a swimmer for an unspoilt reef. At first glance it is astonishing; at close examination it is truly wondrous – the intricate forms, the colour, the fabulous variety of corals. Hung with painted fish and bathed in lucent water, it raises all kinds of questions about the nature of its creation and the methods of its preservation.

A reef is not just prime real estate for turtles, fish or crustaceans, it is an ecosystem affected by human interaction and an affecter of the human imagination. It is that nexus - people and their perceptions of the most famous coral formation, Australia’s Great Barrier Reef - that interests Iain McCalman.

His curiosity about the Reef was germinated in his childhood reading of adventures set in the South Seas and the exploits of Hornblower. As a historian on the re-enactment in 2001 of James Cook’s 18th Century voyage through the Barrier Reef in the replica Endeavour for a television series called The Ship, McCalman began to appreciate many more facets of the Reef’s meaning to those who encounter it. Aboriginal elders on that voyage spoke to him about their people’s lands and their use of the sea and reef, and the impact of white settlers and their encroachment.

He saw the Reef spread out before him in the way that Cook himself must have seen it as he searched for a way through, from the heights of Lizard Island, but with the added knowledge of what many scientists now believe – that the Reef itself is in danger. Warming water, invading starfish, increased shipping traffic and pollution from the land affecting the water quality threaten the coral with extinction.

McCalman comes to the task of gathering those who have formed our ideas about the Reef with a background in telling accepted history slant. He is Research Professor in History at the University of Sydney, the author of previous books including The Last Alchemist: Count Cagliostro, master of magic in the age of reason and Darwin’s Armada, the editor of An Oxford Companion to the Romantic Age and Gold, amongst others, and has also been a consultant on a number of television programs. The documentary series Darwin’s Brave New World was based on his work.

The Reef: A Passionate History begins with Cook, his voyage interrupted in 1770 by a night-time grounding on a coral reef that might have seen the ship lost in the hands of a lesser mariner. Since then more than 500 ships have been wrecked along the Reef and McCalman explores the well-founded uneasiness with which early European explorers and later voyagers regarded the Reef.

It was Matthew Flinders, charting the coast in 1802, who formalised the name Great Barrier Reef, marking it on his maps and attempting to find further safe passages through its labyrinthine forms.

From these two foundation stories, known to every reader of Australia’s maritime history, McCalman moves on to a fascinating cast of lesser-known players.

He introduces John Curtis, the journalist who wrote the story of Eliza Fraser whose survival of the wrecking of the Stirling Castle in 1836 on the Reef and life amongst Aboriginal people until she was returned to the European community at Moreton Bay became the stuff of salacious gossip. Though the world’s largest sand island was subsequently named after her, McCalman describes a shifting perspective of public opinion.

His accounts of other wreck survivors’ care by different Aboriginal families – the tales of James Morrill and Narcisse Pelletier; and the story of Barbara Thompson, told to Oswald Brierly, an artist aboard the survey ship HMS Rattlesnake in the Torres Strait in 1849 - allow McCalman to demonstrate some of the nuance of exchange between traditional owners and settlers.

Though the Reef’s role as navigation hazard was of early concern, the scientific study of its forms was not far behind. McCalman discusses the task of Joseph Jukes, charged with investigating the geological character of the Reef on the Fly expedition in the 1840s but who also had to contend with Charles Darwin’s theory, recently published, that corals, needing light, could only live in shallow waters and the vast underpinnings of these reefs were layers of dead reef, the result of a slowly sinking ocean bed.

Opposing that theory, and exploring rival theories about the formation of sedimentary platforms that eventually grew close enough to the surface to allow coral to flourish, became the passion of the American scientist and miner Alex Agassiz who mounted an expedition to the Reef in the late 19th Century where his acolyte Alfred Mayor began to form his own theories, contrary to his patron’s, and later went on to important studies in water temperature and its effect on coral and pioneering the study of living reef corals.

McCalman tells the intriguing story of the aquaculturist and early pearl cultivator William Saville-Kent whose scientific work in Australia at the end of the 19th Century included drawing and photographing examples of fish and corals from the Barrier Reef but whose personal life held a dark secret.

With less scandal though marked by scientific politicking, McCalman elucidates the genesis of the Cambridge Expedition which arrived in July 1928 to spend a year on the Low Isles to study the biology of the reef. The 14-person expedition was made up of eight men and six women and their work spawned seven massive volumes published between 1930 and 1968. McCalman credits expedition leader Maurice Yonge’s book, A Year on the Great Barrier Reef, as a spur to the tourism industry which today drives many of the livelihoods made on the Reef.

Then there were the romantics. In thrall to Henry David Thoreau’s Walden, Ted Banfield and his wife Bertha moved to Dunk Island and his The Confessions of a Beachcomber, published in 1908, was a publishing sensation.

They were succeeded by many people whose aesthetic appreciation of the extraordinary environment was similar but whose political ambition was to preserve the Reef. McCalman details poet Judith Wright, artist John Busst and forest scientist Len Webb’s efforts to rally conservation forces and unions against the exploitation-minded Bjelke-Petersen government which led eventually to the Federal Government claiming sovereignty over the Reef and its waters and the Reef’s listing as a World Heritage site.

Protection has not meant preservation. McCalman’s book reminds us that the Great Barrier Reef, a treasure that covers 348,000 square kilometres and includes around 1000 islands and cays and 3500 individual stretches of reef, is in our care, and that we might not be doing a very good job of looking after it. He recalls Dr J. E. N. “Charlie” Veron, esteemed for his contribution to the taxonomy of corals and reticulate evolution, speaking at the Royal Society in 2009 and finding himself “in the agonising position of having to be a prophet of its extinction”.

This review first appeared in The Sydney Morning Herald and The Age 26-27 October 2013. ©Jennifer Moran 2013 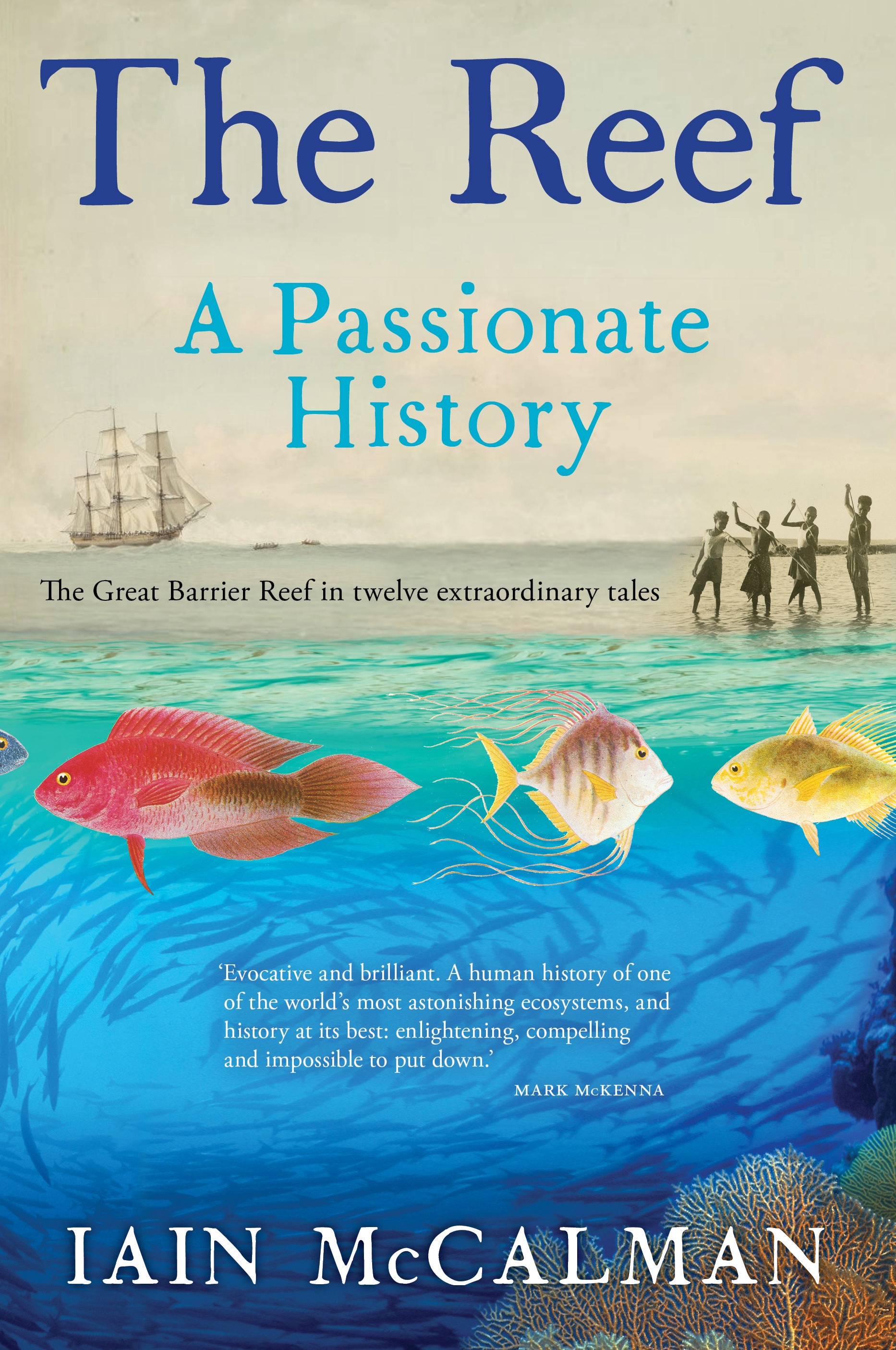